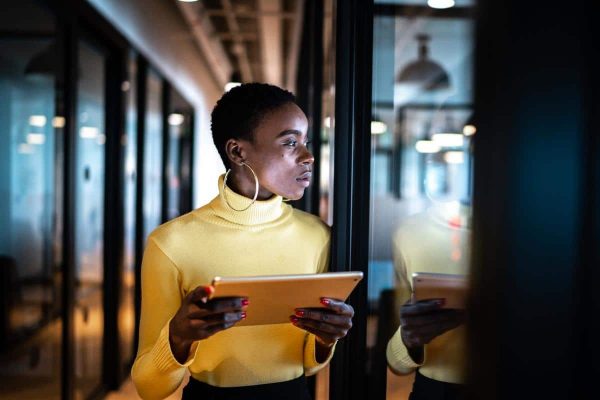 Finding Tastemakers: How to Turn Your Brand into the Next Big Hit

Recently, I was in sunny Los Angeles replenishing my ocean of new branding ideas with some of the best creative minds in the nation and discovered this powerful quote by Robert Holden: "A new level of success requires a new level of partnership." And since I always want to bring you the latest and greatest from the world out there, this one quote that came from my Mastermind Group continued to echo through my head, so much so that I wanted to share it with you in this month’s Branding Insight.

Partnership itself is a very powerful concept that is revealed in the actual number of brands that can honestly and confidently say “This is our brand, we’ve identified “tastemakers,” or the people who influence taste in our field, and we’re ready for a wonderfully unplanned level of success."

It’s also a universal concept, even in places or industries where you least expect it to exist. Like, for example, the music industry, where a hit record doesn’t just get made, it’s carefully crafted.

Now imagine a young hip-hop artist who is eager to get in the music game and starts in his/her basement with little more than a basic drum machine, or a friend with one, and some lyrical skills. Only a few of these aspirational songs end up on your iPod, filling your ears with musical joints that get your head bobbing and your ears smiling and as he starts to rise, you begin to see some common elements that can happen on the artist’s growth trajectory. As a hip-hop artist begins to really go after his dream, magical things happen as he goes up the ladder and really starts to OWN the dream...doing whatever it takes to make it happen, going all in.

And as they begin to own the dream, these same beginner artists often show up in the larger public conscious through the elusive "hit"...those songs that everybody knows and no one can escape. Those tracks that play all. summer. long. One of the common denominators in these artists' careers is that these hits almost always come from a tiny handful of tastemakers that create these powerful musical backdrops for the artist, and it's a list that hasn't changed significantly for years: Swizz Beatz, Dr. Dre, Timbaland, Kanye West, the Neptunes, and so on (all household names in the Millennials' vocabulary, even without any knowledge of how these songs actually come together). But why do artists on the rise, as well as those that’ve been with us for years now, continually go back to this small, focused group of experts?

These experts are the tastemakers that intimately know the preferences of the audience the artist wants to reach. And they know also how to take the audience to what's Next...they've all been doing it for well over a decade. And rest assured that these tastemakers are constant students themselves, attentive to all of the impulses and trends around them...looking back at the history of music, looking around at what’s happening now, and keeping their ears to the ground for what Next may sound like. And what if you’d like to get a song from one of these "hit experts" (all well-branded entities in their own right)? Well, that too requires a new level of partnership, a new level of trust, and a significant [six figure] financial commitment.

So what does that young artist have to do with your brand? What might you have in common with the music industry and hip-hop? It’s notably easier to look at an industry where the players have finessed their craft and are so clearly separated from those who for some reason or another fell short. And when it comes to branding, the line is harder to see. Being successful financially initially, doesn’t always mean success with creating a cohesive brand idea.

And as you may be starting to create your own brand armed with little more than some pen and paper, you will quickly start to see that you're going to need more than just a pen, paper, and a dream to make your idea into a reality.

You can create the foundation for a successful brand by doing whatever it takes to go to that next level of partnership, bringing those outside tastemakers into your mix. These are the people that can make the magic happen, that really know what Next looks like (because they’re creating it), what a tight version of your brand’s vision looks like, and have the ability to lay the foundation for your brand to flourish and grow. True tastemakers can and will do more than just create a website, or a nice-looking logo, or a video – since there’s so much more to making your brand a hit than that. Engaging these tastemakers can help you harness your vision into something tangible, bring it all together into a cohesive, finely-tuned message that is a total package representing your brand’s heartbeat as the world will know it. Collaborating with these tastemakers for your brand can, metaphorically speaking, make the snare pop just right, the bass drum knock, and form the hook that your audience will have memorized the second they hear it. Engaging at this new level of partnership is key to having your brand ready to push off from the starting line with power and purpose. Engaging those tastemakers that, armed with a wealth of know-how and observations from the underground to the above ground trends — that really know the culture you want to reach authentically — can serve as the short hop between you and the hit you need in order to connect & engage with Generation Y.

So who is in your corner? Who are the tastemakers you've brought into your brand's sphere? Are they helping to implement only what you know is possible with a nicer pen and nicer piece of paper than you have, or are they bringing you actual fresh new ideas that you never would have even thought of, giving your brand a voice you never knew was possible? Are they challenging you to create something truly compelling that will create a deep connection with the youth market? Or will the song your brand sings sound like every single other brand out there competing for the same small sliver of attention from Generation Y by saying and doing the same thing? Your brand’s tastemakers can help you find your zag, connect your brand with WHY, and put your brand in a place to reach heights you never knew existed.

Just as the big summer hit can be elusive, so can positioning your brand in a way that converts Millennials, not only into those interested enough to make a purchase but, more importantly, into your brand’s ambassadors. Partnering your brand’s vision with the tastemakers is the lynchpin that can make it happen for you. You might not have all the answers — wouldn’t it be nice if the person that had a few of them were on your team?

I'd love to hear from you about the tastemakers in your corner that are helping you take your brand's "career" to the next level, so feel free to shoot us a tweet (@hypelifebrands) or share it with us on Facebook!