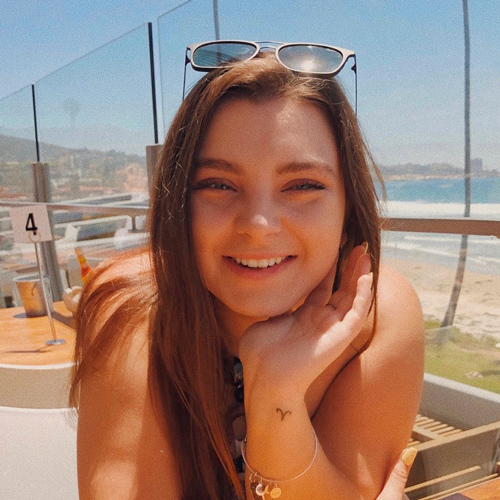 Like Jon Snow and fans of the Toronto Raptors, Dejana can shout “We the North” and actually mean it. And yes, we are incredibly envious. Born and raised in Kitchener, Ontario, Canada, she also speaks fluent Croatian, which just makes her more interesting than she already was.

In 2007, her family opted for a balmier approach to life and moved to San Diego County, where Dejana is currently finishing up her last year studying Business Marketing at Cal State University San Marcos. Because she is obviously a smart cookie, Dejana reasoned marketing is the key to making a difference in the business world, and plans to graduate with a Marketing degree in mere months. A side benefit of a life in marketing? You get to be creative every day, a real ‘coffee is for closers’ moment in her career path sales pitch.

When not at school or working, Dejana loves to be outdoors, whether that’s exploring new places, hiking, camping, lying on a beach, climbing a mountain or snowboarding down one. Dejana has traveled to many different countries, and has a growing love of new cultures and languages. Also on her to-do list: to visit many more in the future.

So to summarize: Dejana is outdoorsy, loves the beach as much as snowboarding, is bilingual, well-traveled, ultra-creative and Canadian. Best of luck to anyone who tries to keep her in a box.