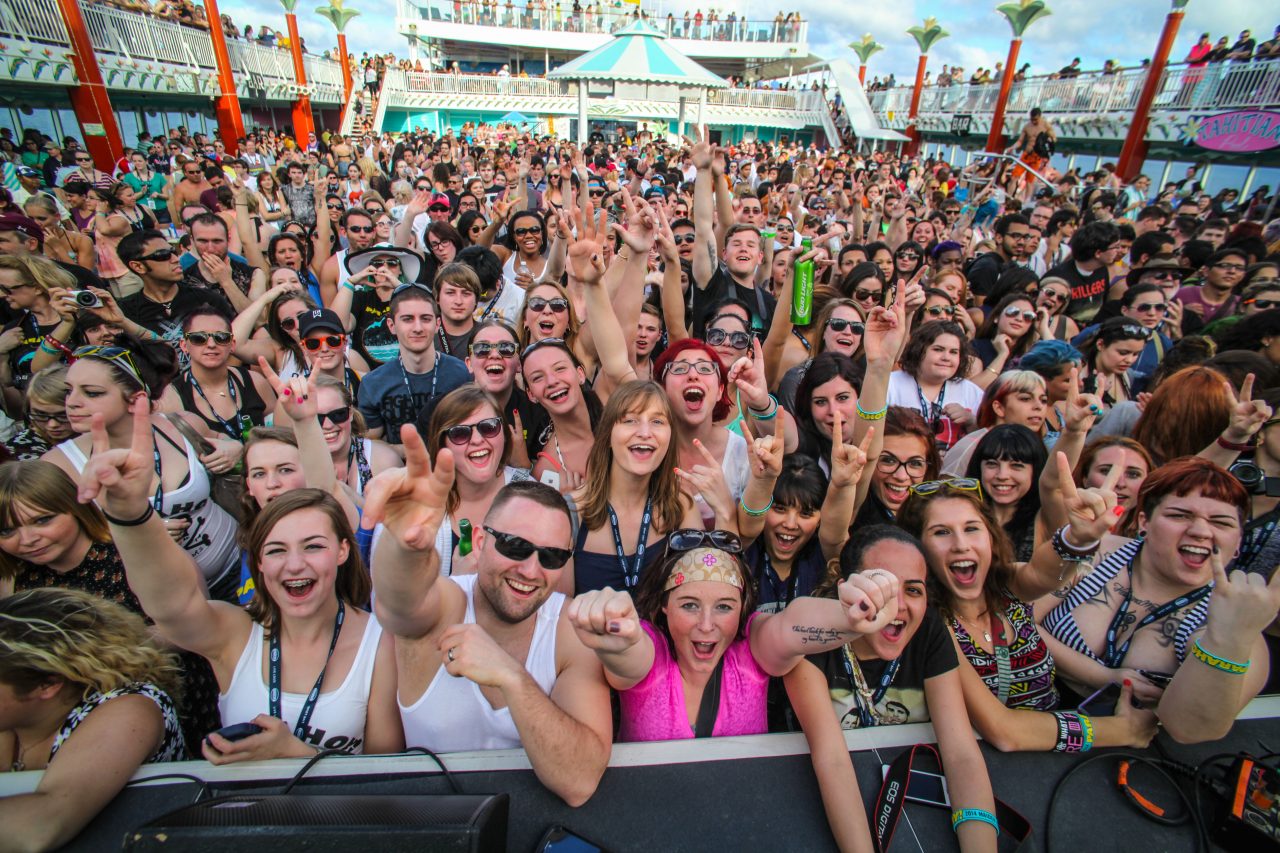 Cruise companies are hoping that it's no longer just the "newlyweds and nearly dead" who want to vacation on the high seas. Rich millennials — an age group that has been shown to favor spending money on experiences over luxury goods — are becoming a target for the $39.6 billion global cruising industry.
To attract these new customers, cruise companies are spicing up their ships. Think: surf simulators, rock climbing walls and spin and yoga classes, as well as onboard cocktail mixologists and DJs.
"Cruises have this unique opportunity to really grow in this market because they have already got what the market wants," Kacha Azema of Skidmore Studio, an ad agency that works with cruise ship companies to help them engage with millennials, said to Business Insider. "They don't have to turn themselves into something they're not. They’re going to exotic, interesting destinations and are doing things that millennials want to do."
Uniworld's U European river cruise, for example, sets sail in 2018. It's a trip aimed specifically at those between the age of 18 and 40, and it claims to offer "immersive and adventurous experiences along the Instagram and Snapchat-worthy rivers of Europe," the company said in a press release in December.
The point is to create moments that their young guests will share on social media, and by offering short, shareable excursions, they are able to do that, Azema said.
"Culturally millennials are attuned to watching what their friends do, being excited about it, and wanting to do it themselves," he said.
New York Times writer Sheila Marikar shared her experience aboard the Regent Seven Seas Explorer last week. She wrote that the ship, which was launched in July 2016, was finding ways to target her age group.
"The pool deck echoed the over-the-top sensibility, with furnishings that are reminiscent of Miami or Mykonos," she wrote. "By the bar, women in leather moto jackets sipped white wine, and a D.J. spun Fleetwood Mac (a win on both demographic fronts)."
A spokesperson for Regent told Business Insider that the boat is not aimed specifically for millennials, and that it's meant to be an aspirational product…[read the full article at BusinessInsider.com]
Source(s): BusinessInsider.com

Why Millennials are Nixing Going Out in Favor of Staying In Lifestyle 07.25.2018