Rising streetwear brand angles to capitalize on momentum of Fall release, readies for strong finish to 2013. 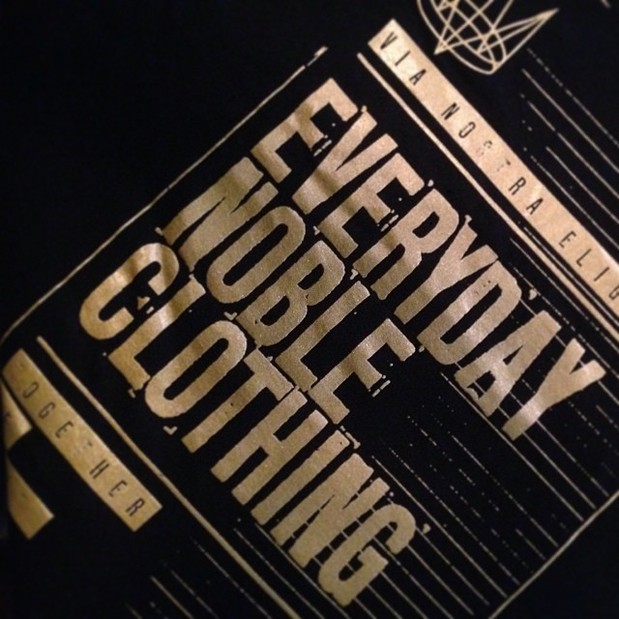 Kansas City, MO. September 30, 2013 - For Everyday Noble Clothing, the design and release of the upcoming Winter Pack is less about inventing something new and more about continuing customer enthusiasm. Building on the success of their recently released snapbacks, the Everyday Noble Clothing team is excited to debut several new tee designs cut from the same mold of the popular Fall styles.

"We’ve been hard at work designing this pack, and we're especially pumped for this release,” says Reed. “All the positivity out there in the marketplace has really allowed us to push the envelope creatively and do some things we've been wanting to do for a while now.

"But I think the best part is that we've got an aesthetic out there that people are resonating with, so we're really trying to take things to the edge – all while adhering to the designs that people are wanting."

Everyday Noble Clothing is developing three exclusive tee designs that will serve as extensions of their popular snapbacks. All 2013 Winter Pack releases will be available for purchase online at Everyday Noble Clothing's store. Also in development is a jacket designed to pair with the upcoming tees, but the brand has remained secretive as to whether it will be included in the brand's Winter Pack.

"We've got a lot of things in the works for the winter season," says Reed. "But we're also planning some big things for 2014, so the Winter Pack hasn't been locked quite yet," says a grinning Reed.

"Stay tuned, that's the moral of the story."

Based on their 2013 success, it's safe to say there is a legion of people out there who will be doing just that. Up next: Winter.

Everyday Noble Clothing is a streetwear brand that produces men's and women's apparel that includes t-shirts, snapbacks, hoodies and more for the game-changers and revolutionaries who never stop trying to leave their unique mark on this world.