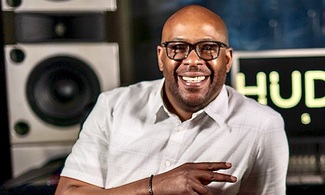 Los Angeles, CA. February 17, 2015 - HypeLife Brands, a leading brand development and Millennial marketing agency, announced last week that now may actually be the perfect time for some brands to consider traditional media in their marketing strategies – a sentiment that flies in contrast to most conventional thinking in the current branding and marketing landscape.

For most brands large and small, the focus of budgets and efforts has shifted to the online space, a move that’s been happening for well over a decade. In fact, some brands’ strategies are limited to an exclusive online presence. But according to Curt Cuscino, Founder of HypeLife Brands, differentiation matters as much as anything when it comes to marketing a brand. “I understand how this may sound, believe me,” says Cuscino. “But the most successful brands do things differently than their competition, and with everyone moving to a cluttered online space, there’s simply less and less room to get noticed.

“So, now may actually be the perfect time for a few strategic television media buys.”

Of course, television is still a premium service that comes with a premium price tag. Some brands simply can’t afford to be in that space, and that’s a big reason so many small and new brands are drawn to the significantly less expensive online market. But even larger players are shifting more and more of their marketing spend to online channels, partly in an effort to reach the coveted Millennial demographic, a generation known to watch less television, and especially commercials, than any previous group.

Cuscino and his team are experts in reaching Millennials, and thus quick to acknowledge the viewing habits of this group. But he is also quick to point out some distinct advantages that television still offers. “This year was the most watched Super Bowl ever, and many have dubbed this the golden age of television, with shows like Breaking Bad that became commercial successes in large part because of paid streaming services like Netflix.

“So it’s not that Millennials aren’t watching TV, and it’s not that you should abandon the idea of advertising on TV because of it,” continues Cuscino. “Even now, no medium can promise exposure like television can, with viewership for many shows or events running in the millions. Instead, it means getting more strategic about your media buys to find the Millennial viewers that will resonate with your brand’s message. Because the television space is actually less crowded than it’s ever been… which makes it kind of a perfect time for some brands.”

It’s a bold idea from a bold agency. But it also may be the perfect way for new or undiscovered brands out there to finally get noticed.